Groupon and daily deal sites are projected to be worth over $4.2 billion by the year 2015*. There are dozens of daily deal sites,
although most of them operate in generally the same way; for small business owners, these daily deals can make or break a business.

Thinking of a Groupon? This $20 class can save you thousands. CLICK HERE to REGISTER. 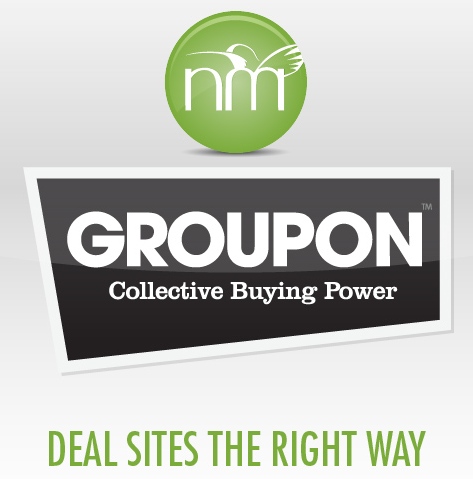 The way daily deals are structured

For example, a Groupon that costs $10 must be for a product or service worth $20. The merchant gets $5 of this income, and Groupon gets $5. Most daily deal sites also charge a credit card processing fee of between 1 and 3 percent. At the end of the day, this means the merchant gets approximately 22% of their usual charge for the item included in the coupon.

Each daily deal site pays out income from their deal differently; some in one lump sum, though many pay out in smaller installments.

The benefits of running a daily deal

For business owners, there are a multitude of benefits associated with running one of these daily deals.

There are a multitude of benefits to running a daily deal, but unless you are truly prepared for the onslaught, then a daily deal can ruin your business. There are hundreds of thousands of stories online of businesses that have been put out of business by their Groupon or daily deal. Before you decide to run a daily deal, you should carefully consider:

So – should you run a Groupon?

To learn more about doing a daily deal the right way, check out Groupon – Deal Sites the Right Way on Tuesday, April 3 at noon at Nectar Media. 120 N Stevens

Taught by Andrea Parrish-Geyer of Savor Sweets and Hydra Creations.

*According to a Portfolio.com report citing BIA/Kelsey; September 13, 2011