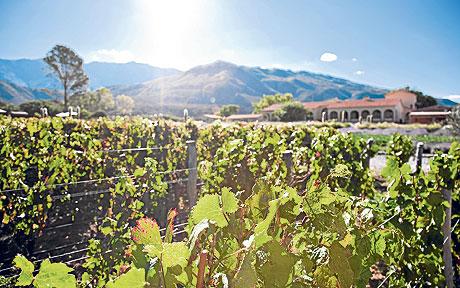 Let’s try a little word association game. I say Malbec you say <fill in the blank>. Let’s continue, I say value $10 and under wine, you say <insert thoughts here>. I would venture to guess that the same words might apply to both for a good majority of wine drinkers. Argentinian Malbec has crushed the “value to quality” category over the last few years becoming the fastest growing wine category.

For years Argentinians consumed 90% of the wine they produced (which was a lot at the tune of 60 bottles per capita). This decade has seen a massive shift in the amount of wine exported. Chances are, if you’ve had Malbec, you’ve had wine from Argentina (to the chagrin of the French folks from Cahors).

When I received a box of eight Malbec under the guise of Malbec Madness, I couldn’t help but pair the wine with the exciting college basketball happening in March and early April. I recognized a few of the labels from purchases at a local market and was excited to put the wines to the test with my own Malbec Madness bracket. At first the wines were tasted without looking at the notes. I didn’t want the price points to sway my initial judgment, so I tasted them semi-blind (maybe blurry is a better term – especially after tasting through all 8). There were a few immediate stand outs, but I set aside my notes, re-corked the wines and decided to re-visit them later…over the Elite 8 games.

I decided to pair the wines in an Elite 8 format with the 1-8 seeds based on price point.

The 1/8 seed match up was a disjointed sloppy mess of a game. The Icons came out ready to dominate. With a bottle twice the weight of the Falling Star it seemed as if the wine didn’t even matter. Once the game began the 07 Trapiche showed its power with 18 months of aging in new French Oak and amazing aromas of perfume, espresso, and spice. The wine was thick in the mouth without being overbearing. “Oh my god, this is good,” was the play of the night. The Falling Star committed too many turnovers to compete but showed a hint of flare with a bright juicy candy and banana aroma followed with a soft and elegant mouth feel. In the end the sharp off putting finish and lack of multi-dimensional game plan kept this wine from making a game of it.

On paper this was a pretty even match up (4 seed vs. 5 seed). The high elevation M. Torino was is a young team with very little experience playing well against the extended maceration 08 Trapiche which spent 12 months in French and American oak. In the end the intensity of the Trapiche and its bold blackberry and vanilla smooth texture won out over the shallow and tart play of the M. Tornio (lacked any layers of fruit or flavor).

This 2/7 seed match up was close until half time. At that point the experience and varied flavor of the Michel Torino Don David came through. With a super thick black core producing aromas of plum, raisin, and almonds the depth of flavor was superior to the restrained nose under-ripe fruit and semi-sweet profile of the Astica. Both wines are very fruit forward but lacked the depth of game to compete at the next level. It will be an interesting round two match up for the M. Torino.

The 3/6 seed match up was a very well played game. Both wines showcased their Mendoza fruit forward heritage. For over 125 years Trapiche has been making fine Argentinean wine. With a little sibling rivalry the Trapiche Broquel shows more age spending 25 days of extended maceration in concrete and 15 months in French and American oak. The youthful Trapiche Varietals comes out strong with elegant fruit and hints of rosemary, vanilla and evergreen tree. The soft fruit feel is accented by pencil lead, medium tannin and a good finish. The Broquel also scores with chalk and pencil lead but in the end shows its strength by displaying strong characteristics of blueberry, vanilla smoke and a long finish. At $15 this is a very good bargain.

Round two sees the dominant #1 seed Trapiche Icons advance to play the under $10 Trapiche Oak Cask Malbec. The #2 and #3 seed wines advanced with solid play making for a solid second round match up between 08 Michel Torino Don David and the 08 Trapiche Broquel.

The 1/5 match up between the two Trapiche wines was a well played game sure to go down as a classic. Far outmatched the 08 Oak Cask kept pace for most of the game with the 07 Icons. In the end the depth of flavor and aroma of the Icons proved to be too overwhelming. At just $9.99, the Trapiche Oak Cask is a solid wine worthy of many evening sips. Great work keeping pace with a wine 5x its price.

The 2/3 Match up pitted two well matched teams from different areas but of similar price points ($15). Michel Torino Don David (the favorite) started strong but in the end the subtle tannin and long finish of the Trapiche Broquel won out.

This 1/3 match up was extremely mis-matched in price points ($55 to $15) but very well matched in overall flavor, structure and intensity. While the Broquel fits in to the standard price point for a daily drinker, the Trapiche Icons dominated the boards with a consistent flavor, structure, balance, and finish that showed why it is deserving of the price point.