Cognac is difficult beverage to wrap your head around and one that I came upon only recently. It’s a wine eau-de-vie, doubly distilled in copper stills and aged in very specific oak casks; it drips with historical and traditional significance, method and practice. Just when you think you might have it cornered, it often eludes and surprises you. That a drink with such origins moves so adeptly through modernity speaks to the sensuality of the beverage. It’s a true beauty, both in process and in the glass.

The French region of Cognac appears on a map like a bullseye. As you move your finger toward the center of the region, you pass through the various crus, or growing areas, of Cognac, from the Bois Ordinaires through the Borderies and into Grand Champagne. The soils, largely limestone and clay, provide the backdrop for the Ugni Blanc grape, and as the terroir becomes more exclusive territory, the grapes provide more finesse and proper acidity for the longer term aging that awaits the region’s most prized brandy. The Grand Champagne Cognacs will very regularly see multiple decades in casks of oak that generally hail from Limousin or Troncais.

Like all vinifera, the St. Emilion grape, Ugni Blanc (or Trebbiano as it is often known through Europe), has moved throughout the world looking for its best possible home. This white wine grape is the second most widely grown grape in the world and its vigorous vines produce thick-skinned grapes that explode with acidity. While it’s made into many a white wine and is probably best displayed in Umbria’s Orvieto Classico, it’s clearly found its true calling in Cognac. The distilling process and long barrel aging provide a perfect example of man’s ingenuity making the most of nature’s bounty. The beautiful aromas of a well aged Cognac prove that only time and patience allow us to see what this fruit can truly do. 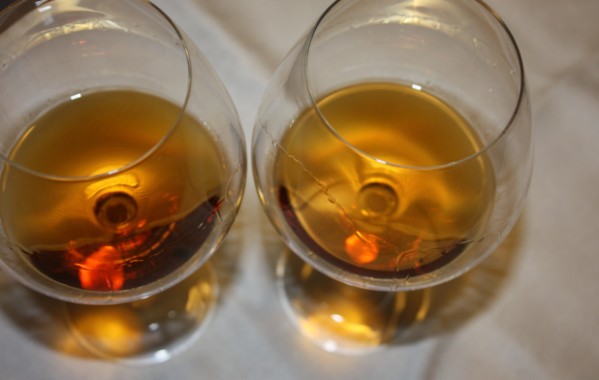 So what of Cognac and its place in a wine lover’s home? It’s grown and harvested with the same care and reverence as our beloved Pinot Noir, Cabernet Sauvignon and Syrah before it’s aged and blended to find that perfect balance of flavor and aroma. The time cognac spends in the finest of oak mellows the wine and impart it with flavors of toast and nuttiness and its color (imparted by its time in cask) ranges from a light tan to a burnt sienna.

So how does a wine blogger approach this Cognac mystery, this wine distilled and aged in oaken casks? By tasting it, of course. Never one to be overly scientific, I also wanted to taste some other examples of the varietal, and so I got my hands on some Orvieto Classico. (I know, it’s a whole other country. I’m covered, though – didn’t you just read the bit about not being scientific?) I tasted the Orvieto alongside a V.S. Cognac and a V.S.O.P. The V.S. (Very Special) designation means a Cognac sees at least two years of barrel aging though in many cases more. The V.S.O.P. (Very Superior Old Pale) spent at least a decade in French oak. Many of the large Cognac producers, or houses, actually do in-house cooperage.

As a wine, the Orvieto Classico is a study in contrasts. The nose opens up quickly, even when chilled. There are floral notes abounding on this wine, but one sip and you’re left scratching your head. There are slight grass notes, a bit of straw, notable acidity, but no finish to speak of. I hold a special place in my heart for Orvieto the Italian hill town, but the Trebbiano-based white wine leaves me hanging.

That same vinifera varietal, known in France as Ugni Blanc, is the country’s second most planted varietal. The primary reason is the production of Cognac. The V.S. (Very Special) was a blend of the Fin Bois and Petit Champagne crus. It sees minimal aging but the tawny butterscotch color and the vanilla undertones speak to the time spent in oak. The wine, er, I mean Cognac, had a light nose of vanilla, beeswax and dried rose petals. Flavors of smoke, and dried figs and raisins came across the palate.

The V.S.O.P (Very Superior Old Pale) was a blend of the Grand Champagne and Petits Champagne crus (with at least 50% of Grande Champagne). In Cognac terms, this qualifies it under the Fine Champagne classification. This Cognac had a darker caramel hue and was loaded with vanilla and coffee aromatics. The depth and complexity of this Cognac was immediately evident, and for this neophyte, frankly a bit surprising. The Cognac hinted at dark cinnamon flavors, which gave way to cloves, prunes and tobacco. The Cognac was layered with flavors and its finish lingered on the palate a long time.

This wine guy was impressed. In Cognac wine drinkers will find a kindred spirit (pun intended). Cognac and wine have much in common, including their shared origins in the vineyard, the marriage to oak casks or barrels, the concept of terroir, the acknowledgement of the place that the grapes come from, and ultimately the patience that their handlers display. If you haven’t considered Cognac, perhaps it’s time you do. 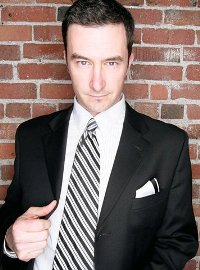 Clive Pursehouse is the Washington Correspondent for The Oregon Wine Blog. He has spent the last year and a half discovering the nuance, passion and people that make the wines of Washington state so dynamic. He lives in Seattle with his lovely wife Gwynne where he holds down a paying job. He enjoys exploring the wines of Washington and Oregon, racing his bicycle and being handsome.  You can contact him at clive@theoregonwineblog.com if you need any pointers on any of those areas.

3 comments on “Waiter, There’s Wine in My Cognac; A Wine Blogger’s Take on Cognac”