November has come to a close and it looks like the winter of 2010 and 2011 is going to be brutal. It wasn’t even Thanksgiving yet and we had a night of 7 BELOW zero and I had to shell out $200 to get the pipes unfrozen at our rental property. But I digress, you’re not here to hear me complain about Spokane winters you’re here to see the top posts and wines for November (at least that’s why I hope you’re here).

November’s 22 posts generated another month of record traffic (7 months running). The 18 formal wine reviews included one wine that could potentially be up for wine of the year. This ‘monthly honors’ post marks a full year of monthly recaps which will lead me to an annual list of the top 10 value wines and top 10 overall wines to be posted later in December. Closing in on 300 reviews, this will prove to be quite a challenge. One sad note for November, I let my consecutive weekday post streak die on November 12. I did provide a significant update to a previous post that day, but technically, nothing new. Officially, the streak lasted 9 months 2 weeks.

November included quite a few highlights. The first issue of Spokane Wine Magazine arrived on 11/9. This little blog turned 1 on 11/11. I used Twitter to get the media’s attention about my struggles with the city’s permitting process. I was on TV twice (once for the tasting room and once for the magazine). The tasting room opening has been progressing but is delayed until late December. Finally, a project that I’ve been working on for 18 months in my day job finally went live.

While not as cool as the recent American Music Awards, here are the recipients of November’s Nectar Monthly Honors:

Wines of the Month

Six of the 18 wines this month qualified for the value category. While wines from Parducci Winery were a good value, the best value was from a Washington Winery with a view, Maryhill Winery. While the review was done in a mass tasting setting and my notes aren’t quite as robust, the wine stands on it’s own as a trustworthy value. 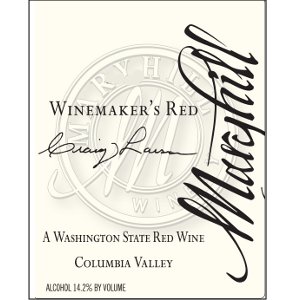 Early on, Maryhill embraced the value proposition when other Washington wineries were exploring higher priced boutique business models. With wines over $30 selling at 20% of the levels seen in years past, the $10-$20 price point wine is the sweet spot. Maryhill’s flagship wine, the Winemaker’s Red, which makes up 30% of their production, sells for only $14 in the tasting room and can often be found for under $10 at retail establishments. How is the wine? My notes say…

“Dark red fruits with fragrance of lilacs and campfire with a medium mouth feel, well integrated oak and tannin. 3/5”

This wine was hands down the best wine of the month. While some months are a challenge to pick, the Merlot from Bolen Estates winery still resonates on my palate. Local winery, Nodland Cellars makes a strong play as the runner up. 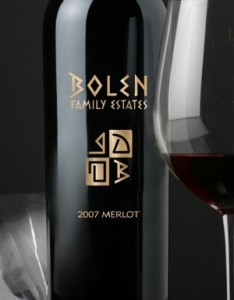 At $60, the 2007 Merlot is full of amazing berry flavor and aroma. You can smell the wine before you even put it to your nose. Subtle hints of cinnamon are intermingled with the bright fruit. In the mouth you get a sense for the careful attention given to this wine. The fruit was fermented in 3 different methods to achieve the desired balance and character. About 20% of the wine spent 26 months in French oak. The flavors are full and big without being obnoxious. A velvety texture covers the entire palate and layers of fruit, cloves, cinnamon, and vanilla erupt from front to back. The finish is lingering and brings good structure with the perfect amount of tannins. There is a slight heat coming off the 15.2%ABV.

For most, this is not your daily drinking affordable wine, but the Bolen Family Estates 2007 Merlot is worth the price for your special occasion or if you just want to impress the hell out of someone to prove how good merlot can be. If the 2007 vintage is any indication of the future, merlot has made a comeback and Bolen Family Estates is establishing the legacy they intended. 4+/5

Other Highlights From November

Title that Makes You Want to Read The Post

wkelterer This week on ALP: Cabernet Sauvignon – The Boy Who Would Be King, Part I. For fans of my Merlot interview. http://bit.ly/b6iLNi

Post That Made Me Spit Wine Out My Nose

vintank  Finally, our interview with Craig Wolf from the WSWA on Unfiltered. Help us fight HR5034 & Pls RT: http://bit.ly/bzC0Ep

1WineDude: GENIUS!!! http://bit.ly/cqWfPd < now I have to re-write my entire post, damnit

Twitter Helps Fight City Hall – My use of social media gets the traditional media’s attention as I struggle with the rigid permitting process of City Hall. The result is a collaborative meeting of compromise and progress with city officials!