A few weeks ago, this little bloggie turned one. In a medium where “old school” is five years, turning one sorta makes you a teenager. Armed with my new “know it all,” brooding, moody attitude, I’m putting on my skinny jeans and flannel, shuffling the iPod on EMO and getting ready for year two. The last year has been an incredible adventure of success, stumbles, and relationships. I don’t claim to know it all or be an expert on blogging, in fact I’ve made a whole mess of mistakes in year one. A wise man learns from the mistakes of others (and a fool is destined to repeat them), so here are 10 blogging mistakes I made in the first year. I hope you avoid these. 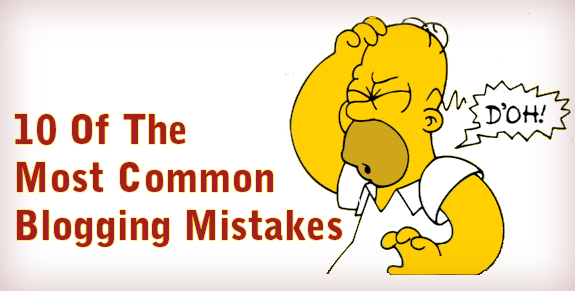 10. Don’t post your new post after 6PM – As a general rule you’re better off waiting until the next morning. I’ve been guilty of this a few times and without fail, the post in question gets very little traction in viewership and response. Twitter and Facebook (great traffic drivers) get very conversational after 6PM and promotional pushes seem to fall on deaf ears. One time, in order to keep my 7 month streak alive, I did post at 11:58PM on a Friday night. That post saw as much traffic as the path between Pelosi and Obama’s house since the 2010 elections. In a similar vein, don’t come out of the gate with your best stuff on Saturday afternoon on a sunny summer day. Just because you’re sitting at your PC still in your tightie whities doesn’t mean many other readers are.

9. Don’t spell people’s name wrong when you highlight them in a post – 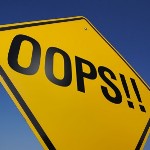 Blogs often quote others as reference points, additional information, or for cross promoting. Linkbacks are great for SEO optimization. When writing a post on social media, I reached out to Rick Bakas, (then the Director of Social Media Marketing for St. Supery winery) for a quote on the subject. Armed with several great quotes, I drafted my post and then sent it out for the whole world to see (by whole world, I mean the 327 people who followed my stuff at the time). The problem was I spelled Rick’s name Backas. Rick was gracious and kindly pointed out my flaw. The real embarrassment was when I did it AGAIN in another social media post, this time calling him the Directory of Social Media Marketing. What a tool I am.

8. Don’t forget proper SEO tagging – Many months went by before I realized that I was missing out on better search engine optimization. It may take a few extra minutes but I’ve noticed a dramatic difference in traffic and ranking by focusing on three simple things. 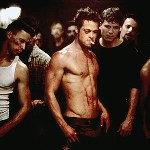 7. Don’t pick fights with people – I only partially did this once (okay maybe it was three times, but who is counting) but have seen it done on many occasions. The times when I didn’t hold my tongue have always come back to bite me on the ass and have hindered my brand and my reputation. Online communities are like small towns and it seems that at some point everyone will know your business. If you have a beef with someone, take it to them directly. If you feel like calling someone out on your blog, you may generate a lot of comments and traffic, but be ready to retract any emotional statements. In one of my more popular posts (and a fun one to write), I talked about this very subject – In My Opinion, Your Opinion Sucks

6. Don’t be a recluse – One of the most fun parts about blogging is being a part of the community. When I first started, I commented on hundreds of blogs. It was a great way to get to know the writing styles of the blogging leaders, lean more about wine, and also introduce myself to a bunch of really cool people. Writing top notch stuff is great and all, and it might get read at some point, but developing relationships, sharing other people’s content, recognizing other’s hard work, and adding to the conversation will build your community quickly.

My Space or many other social networks out there. When I first started in this wine community I joined a few Ning sites that seemed to have quite a few members. Keeping current on all the sites proved to be a challenge. Many of these sites still exist but don’t seem to have much influence on traffic and the community seems less engaged. I learned early on that Twitter, Facebook, YouTube and local networking site, LaunchPadINW were the places to be. Find your niche and excel there.

4. Don’t be hit and miss with your content– If you want to be successful in blogging, you’ve got to have daily content (or near daily). Google likes fresh content and people on social platforms are slutty tramps with ADD (I mean that in the nicest way, so let me explain). There is always a shiny new widget on Twitter and Facebook. Your fans, followers and likers, will quickly find something else to fulfill their reading desires. Staying current on content keeps them coming back and faithful. While I let my streak lapse without any fanfare a few weeks back, I’m convinced that my commitment to content is one of the main reasons for the continued increase in traffic and recognition. If you can’t do daily content, make a goal of 3 times per week or every Tuesday, and stick with it. The same can be said with updating Facebook and Twitter. Develop a strategy and stick with it. Your consistency will pay off.

3. Don’t be elusive – This one is important for folks that are blogging and getting into social media with an agenda. I’ve always been honest about my intentions. When I began, I always informed the wineries, wine bars, and coffee shops I reviewed that I wanted to eventually open a wine and coffee bar. When that goal morphed into a tasting room, I made sure I shared that. While not everyone has embraced those goals, and some still look at me with a skeptical eye, they can’t accuse me of being sneaky or underhanded (well, they can – but would be wrong).

2. Don’t be a conformist – Find your voice and stick with it. I’m not always the greatest writer but I know my strengths and I avoid my weaknesses. You won’t find me producing some technical wizardry like you find on Palate Press from time to time. I am not as quick witted as 1WineDude or connected to the industry as Steve Heimoff. I’ll never give in depth winery analysis like Washington Wine Report. I’ll be me. There are times I’ve posted some serious expose and had to deal with the consequence of people not liking it. I used Twitter to get the media interested in my plight against city hall. Some say, I should have played nice. When I wrote about one wineries unsuccessful attempt to open in the area, I wrote about the irony of the opposition. I was vilified. When I wrote something very sexy about Champagne recently, one person told me I needed to be more careful now that I was a business owner. For me, I think it’s important to stay true to who you are. Keep being you and the people who like you will keep liking you.

1. Don’t have an unorganized brand approach – This is a lesson that I’m continuing to learn and struggle with. When I came out of the gate I wanted to be Nectar Coffee and Wine. I bought that URL and I also bought Drink Nectar. Drink Nectar was unavailable on Twitter, so I did @nectarwine.  Over the course of the year, I’ve become the “Drink Nectar guy” locally. My Facebook page is Facebook.com/DrinkNectar. My YouTube channel is Youtube.com/DrinkNectar. Almost daily on twitter, I’m mistakenly referenced as @drinknectar (that account is a dead account with zero tweets). When I went to open a business, I didn’t want it to be called DrinkNectar. This was a huge FAIL on my part that is becoming difficult to correct. I recently decided to RE-BRAND to accommodate the opening of Nectar Tasting Room.  Hopefully, after a year of successful re-branding, I’ll have solidified myself as Nectar Wine Blog, Nectar Tasting Room, Nectar Media, and Spokane Wine Magazine. So, in order to avoid the same confusion that I have, I strongly encourage you to think through the aspects of your approach before you get started.

There you have it, 10 blogging mistakes that I’ve made this year. I hope they help you avoid making the same mistakes in your blogging adventure. Now I think I’m going to post this, even though it’s getting close to 6pm.

21 comments on “Ten Blogging Mistakes I Learned in Year One”