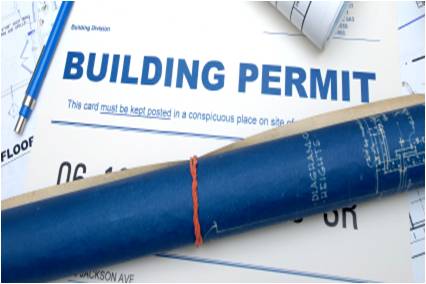 This crazy business adventure began with a tweet and yesterday a twitter plea could lead to the solution that helps open Nectar Tasting Room in 2010. It seems as if no business opens without some sort of opposition, struggle and set back. Budget troubles, they don’t worry me; I can mitigate the budget by making different choices. Contractors, they just require constant monitoring. Backordered merchandise just sends me back to the drawing board. Disappearing designers, there is always someone else to jump in. City red tape…

City code, regulation, permits, all of these things are out of my control. When the city puts the brakes on progress, it takes a lot of grease to get the wheels moving again. Going on three weeks of delays, shooting at a moving target and feeling held hostage by politics, I decided to send out a twitter plea.

Two hours later I got a phone call from Tania Dall of KXLY 4 News. Tania wanted to meet at the future home of Nectar Tasting Room to help share the story of our struggles on the evening news. I’m not one to turn down publicity and I hoped a little nudge would help move things further along at city hall. Creating enemies is not something I want to do. I’m actually very excited about working WITH the city to move from a legalistic application of the building code to a logical compromise that aptly fits the buildings future use.

The result? Not more than an hour after KXLY left the 1889 building the city had reached out wanting to establish an open dialogue regarding our need for a building permit. A collaborative meeting is scheduled for today (Nov 10) at 9:30 AM. I’ll update this post with the result of the meeting. Watch the KXLY broadcast for the back story. I’ve also included a letter I wrote to Mayor Mary Verner’s office. So far, no response to that email…

I am a Spokane resident who is attempting to follow his dream with a business in downtown Spokane. Similar to you, I believe in our city and in spite of the depressed economic conditions, I see good things coming out of our urban core. While many buildings are boarded up, several ambitious people are investing their time and hard earned money to see an economic revival. I have recently leased space at 120 N. Stevens (1889 Building) on the corner of Main and Stevens. This portion of town is becoming an eclectic fun mix of restaurants, coffee shops, and boutique stores. I have contracted with five Washington State wineries who want to share the space as their satellite tasting room. Wineries from Kirkland to Walla Walla see the potential growth of the wine scene in Spokane. Similar developments have helped to bring new business to Woodinville, downtown Walla Walla, and Prosser WA.

The building’s previous use was for retail sales as a bridal store. The current use of the space would be for retail sales (and tastings) of the five wineries wines. I’m investing $50,000 of my own money to add to the growing downtown community. Our building requirements are minimal. We are not changing any structural walls, we are not adding any new walls or restrooms. Our building requirements, beyond the cosmetics of paint, flooring and decorating, are minimal electrical for lighting and power receptacles and a small plumbing addition for the required sinks and dishwasher.

At this point, I feel held hostage by the city. It seems as if we are being asked to bring an entire 120 year old three story building up to code just to move forward. The building has adequate restroom facilities (3 in the space that I will occupy), and there is satisfactory ADA compliance as well. At this point the requirements to meet fire code will either keep me from opening the doors for 6 months or will bankrupt me from the investment I’ve already made. Is there really a need to provide sprinklers to the entire building at the cost of $40,000? Is there really a need for four restrooms? Wineries like Barrister and Caterina are in old buildings and have not had to comply with these codes. The delays in timing are hindering my ability to open and begin recouping the investments I’ve made. The challenges we are encountering are hindering progress and development in the downtown core. I’m just about ready to give up but I believe in the future of a thriving wine scene in downtown Spokane.

I’m reaching out to see if there is any mercy to be had. If there is any assistance you and your office can provide, I would be grateful.

Wednesday we had a meeting with city officials regarding zoning and building permits for Nectar Tasting Room. The meeting was a great collaboration of developing a plan and working together to ensure that progress continues and that we can move forward with opening as soon as possible. While I understand the city’s need to enforce code and regulation, I’m not in complete agreement with their logic. If this 120 year old building had spent the last five years as a restaurant or drinking establishment or coffee shop, I would not have to make ANY changes to the space, fire protection or restrooms. HOWEVER, since we’re changing from a 2600 SF retail space where no beverage is served to 2600 SF where beverages are being served we are a “change of use” and must bring several components up to 2010 code (remember, the building was built in 1889, so that could pose some interesting problems).

The following items were agreed upon between me and the city:

I appreciate the compromise and the partnership. At this point we are making additional changes to the plans and will have them submitted on 11/15. The city is quoting 20 days for permits to be issued.  THEN, the work can begin. It looks as if I will miss the entire holiday season for sales.

Obviously, this is frustrating. The lack of revenue coupled with the added expense of carrying debt for an additional 30-45 days is significantly impacting life. In the end, we’ll survive, we’ll be open and the wine will be pouring. It is so close, I can taste it! Can you?

Response from the Mayor

Above, you read my letter to Mayor Verner. I did receive a response this week from her office as well. Much of it is stock rhetoric, but the sentiment is nice.

I’m sorry to hear of your frustrations, but am pleased to learn that things are now moving ahead!  I did get a briefing from my staff on your concerns and on the meeting that was held yesterday to review your plans.  My understanding is that you and our team worked out a number of issues, and we all now have a defined path forward.

I do want to commend you for taking on the risk and challenge of becoming an entrepreneur.  Growing our local business base is critical for our community to rebound from the economic recession.  Please know that we are continuing to refine our permitting process to assist small business owners and to respond rapidly to concerns as they arise.

I wish you all the best with your new business.