In August, Ben Simons of Vinotology announced his free agency. In a brave move, he left the comfort of his paying job to pursue the uncertainty of the free market. His pursuit of passion is an admirable and brave quest for those of us surviving in the cube farm of corporate America. Immediately after entering the market, suitors began calling. Potential candidates were Arizona, Oregon, California, Washington and even staying in the home state of Texas.

Ben has been an active champion for Texas wine, blazing trails by getting Texas wine into the hands of influential wine writers. Ben scored an amazing journalistic coup by being the lone blogger to cover the unsuccessful Gruet bid for CapRock winery. Ben’s video and story were syndicated by several sources.

California recruited Vinotology heavily with their fast cars, fast women, and endless supply of sunshine and wine. Ben’s visit to Napa resulted in some time spent with several powerhouses in the industry including Rick Bakas, Hardy Wallace, and the boys from Wine Biz Radio. An investigation has been opened against the state of California for recruiting violations.

Today, Ben calls a press conference to reveal his decision. Where will Ben take his blogging talents? Which wine region will retain the massive talent that can help propel them to the championship? 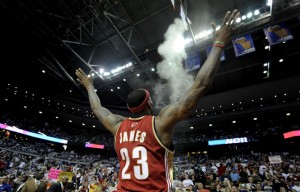 Ben is my friend. You should hire him! Here is his resume and credentials.