Chardonnay, the grape conjures up many thoughts ideas and opinions. One of the world’s most planted grapes, and planted in more wine regions than any other grape, Chardonnay seemingly has developed a love / hate response. With many people practicing their ABC’s, “Anything But Chardonnay,” many say this regal grape of Burgundy has fallen out of vogue from its prominence in the 80’s and 90’s.

While American, particularly heavily oaked and buttery California Chardonnay, has developed a bad reputation among many, the grape is still a winemaker’s delight as it responds to the subtle nuances of the winemaking process and the surroundings in which it’s grown (terroir). Chardonnay can be crisp and subtle, as in a Chablis, it can be tropical and refreshing, as a un-oaked California Chardonnay, or it can be smooth, round and full bodied apple pie when aged in oak and undergoing secondary malolactic fermentation.

Even though Chardonnay is THE most planted white wine grape in California and Washington, it could be arguably said that the grape is the countries most maligned (although Merlot could compete for that crown too). I recently read an article on Corkd about the results from a survey of 5000 Esquire Magazine readers (male). When asked their beverage of choice (consisting of beer, cocktail, liquor or wine), only 10% chose wine. More interesting was their response to the following question.

“Would you rather order a Chardonnay or get beat up?”

The results, 51% said “Chardonnay, please,” the other 49% took the beating. While the Esquire man may not be keen on Chardonnay, someone must be. Who is drinking Chardonnay? It has to be more than just the desperate housewives of Jersey Shore. With Chardonnay plantings being as they are it certainly isn’t getting poured down the drain. Armed with this information, I decided to review three Chardonnay from three regions of the world. While I didn’t have Chablis to sample from, the wines below are from California, Washington and Chile. What is your favorite Chardonnay? Do you prefer oak or naked (un-oaked)? Sound off in the comments below. 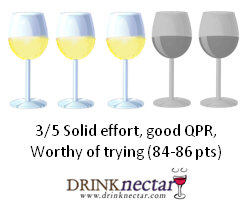 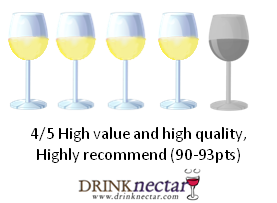 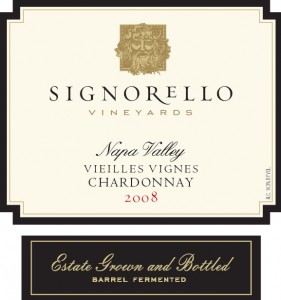 9 comments on “Giving Some Chardonnay Love”