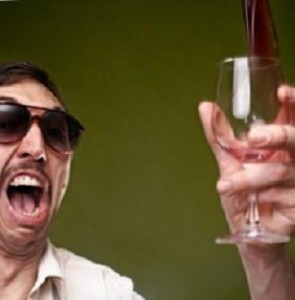 When I was asked to write a guest blog post for Drink Nectar, I asked myself, “Self, what would Josh do?” I thought about writing something about the business side of wine, some in-depth examination of a trend or business strategy. I decided that I didn’t want to give away all of my business secrets, which would probably take approximately one blog post. Next I thought about opening up the famous Ben Simons’ social media playbook to drop some serious relational marketing knowledge on y’all, but I just couldn’t take the thought of the trail of blown minds that I would leave behind. Then I considered writing a steamy post, laced with sexual innuendo and risqué photos. While obviously stimulating, I just decided that I wasn’t cut out for the field of oeno-eroticism. Finally it hit me, the only way that I could possibly create a post that would live up to the exacting standards that Josh has created here, is to zig where he zags, and go an entirely opposite direction from everything that you normally find on Drink Nectar. I present for your reading pleasure, or something closely resembling pleasure, the unsexy side of wine.

The history of the written word is rife with lusty metaphors comparing wine and sex. You find it everywhere, from the Bible, to Pablo Neruda, and yes, even in wine blogs. For all of its blissful glories, there are also elements of wine that are decidedly unsexy. Mixed in with the sultry and seductive, you will find the nerdy, the unwholesome, and even the downright unpalatable elements. Wine can be, at its best, among the closest things to heaven that you will find on earth. It can also be, at its worst…, well, not like heaven. What am I talking about? Let me show you. 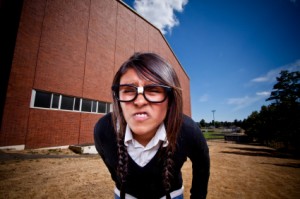 Beneath all the hedonistic trappings of the average bottle of wine, there lies a whole lot of science, and no matter what anyone tells you, science isn’t sexy. Sure, you always hear about the romantic ideal of the vineyard owner who nurtures his grapes, gently ushering them toward maturity, where they will eventually speak through the wine that is produced. Ignoring the whole question of whether most wines really allow the grapes to speak or not, there is still a lot that goes into the winemaking process that just isn’t as sexy or romantic as the image that we often have. You will hear a lot of talk about “SO2” or possibly “micro-oxygenation”. You might hear terms like “maceration” or “reductive”. Although there are people who get off on this kind of stuff, it’s definitely not going to start the average wine consumer’s engine, if you know what I mean. By the way, a Google image search of the phrase “nerdy women” doesn’t yield the results that you might expect…, or maybe it does.

The wine biz isn’t all family vineyards and meticulous winemakers. No, there are also huge corporations pulling the strings of some of the biggest wine brands in the world. Sure, there are people who are in this business for the love of wine, but there are also people in the business for the love of money, which I understand is the root of some pretty bad stuff. Recently there have been some cases that have vividly illustrated the greed and deceit of some in the wine business, perhaps most famously in the Red Bicyclette case http://www.winespectator.com/webfeature/show/id/42200. The makers of the wine were convicted of illegally selling wines labeled as Pinot Noir that had been cut with cheaper Merlot or Syrah juice. There was also a case involving an Australian producer who was selling Chardonnay laced with Thompson seedless grape juice. See, Wall Street isn’t the only place that you will find people who have sold their souls for money. 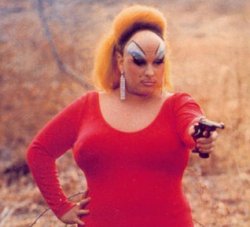 Yes, there are many resplendent wines out there, wines whose voluptuous texture and flavor make a young Sophia Loren seem like the girl next door, but the world of wine also gives us Retsina. The fact that the most commonly observed description of Retsina’s flavor is “interesting” says a lot about the wine. It’s a wine that only a grape’s mother could love. I mean, this wine is so ugly that…, nevermind. There are also wines made from armyworms. What are armyworms? Damned if I know, but I know I don’t want to drink something made from their crushed and fermented bodies. Actually, that’s not true. I was very disappointed that I didn’t get to taste the armyworm wine that was being sneakily poured into people’s glasses at the recent Wine Bloggers’ Conference that I attended, but that’s really more of a personal problem than anything.

Now let’s talk about faults. I had a great talk with my friend Joe Roberts recently about how much most people have to learn about recognizing wine faults. While this is true, there are some wines that scream, “There is something wrong with me!!!” Now don’t get me wrong, I love the smell of sulfur in the morning (doesn’t everyone drink wine with breakfast?) as much as the next guy, and how could you not succumb to the sweet aroma of wet cardboard in your glass, but we all have our limits. If you drink wine long enough, you will find a wine that you don’t even find drinkable.

Despite all of the unsexy things that you can find about wine, there is still very little in this world that rivals it for hedonistic pleasure. There is a reason that wine is so often equated with sex. There are reasons why you so often hear words like “sultry”, “voluptuous”, and “bootylicious” used to describe wine. A glass filled with a fine wine is like a bed shared with a beautiful woman (or man, depending on your gender and what you’re into). I just chose not to write about that here, although I kind of did in the end anyway. Oh well.

So now that I’ve successfully written the unsexiest post ever to appear on Drink Nectar, I’m off to pour myself another tantalizing glass of Retsina and go read up on my micro-oxygenation. Cheers! 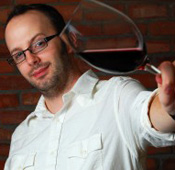 Ben Simons is a project manager by day and a wine blogger by night. His Vinotology blog chronicles his love of wine and of writing. He hopes to soon find himself working in the wine industry, and is not above begging to get there. You can also find him on Twitter and on Facebook.

8 comments on “When Wine Isn’t Sexy”