“If you do what you always do, you’ll get what you’ve always gotten” (A. Robbins). In an ever changing world of economics, customer attention deficit disorder, and perceptions this quote doesn’t quite ring 100% true. Just because you’ve always been successful selling your wine the moment you open your doors, doesn’t mean you always will be. In today’s world it’s not even about having the highest quality product, or the slickest advertising. Success comes from one word…engagement. The more engaging you or your brand is, the more attractive you will be. The more people attracted to you…well, then you just have a windfall of success.

Can a winery use social media to create engagement that leads to real sales? Many are still skeptical, but I present to you exhibit A: Old Spice body wash. Old Spice is not a super sexy product, in fact they were getting beat up in the market by a hip and aggressive ad blitz from Axe body sprays and washes. Enter a quirky Super Bowl commercial featuring Portland, OR born former NFL wide receiver (go Seahawks) Isaiah Mustafa. From February through June, a string of commercials brought brand awareness but generated minimal engagement. In fact, sales were down about 7% (ref. SymphonyIRI). A stroke of creative brilliance emerged from the marketing firm of Wieden + Kennedy. The calculated risk of using viral media like Twitter, Facebook and Social media created a firestorm of engagement that propelled the Facebook fan page to 725,000 “likes” and over 110 million video views. The brief campaign of 180 recorded video responses to “fans” set traditional marketing on its ear. The results, a one month sales gain of 107% (Nielson Research).

Be Creative with Your Story

What’s the message of Old Spice? The body wash will make you a sexy manly man that can rip the head off a lion while wearing only a towel. What is the story of your winery? Is it “get 20% off of Sauvignon Blanc through Thursday?” While Old Spice’s message was a crazy, quirky message, it was the creativity of telling it that engaged new customers. Once you have an engaged customer base, they’ll respond to your sales pitch. Your story doesn’t have to be crazy and quirky but it does need to be creative. One very positive example that I see in Washington State is small producer Hard Row to Hoe. They have tied their creative play on words into their label, wine names, marketing copy, tasting room, and even their bathroom wallpaper. Ben Simons of Vinotology recently did a great job summarizing their creative approach in his post “Good Wine, Prostitutes and Capitalism.” Hard Row has positioned themselves for a viral media campaign that could quickly send them to the next level in wine sales. 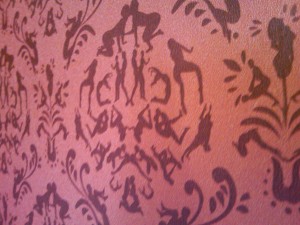 Be Consistent (and patient) with Your Message

Old Spice didn’t jump out of the gate with this campaign just yesterday. We were first introduced to Old Spice Guy in February 2010 during the Super Bowl. The kitschy message continued for several months and we developed a trust and acceptance of it. Chances are if the July campaign came out in February, it may have fallen flat. Introduce your creative campaign and build acceptance of it. You’ve got a wine in barrel right now. What is it going to become? It won’t be released for several months, but the right creative message can build a buzz for that barrel that when it’s released, you’ll have built in demand.

Engage Influencers in your Industry

It’s no accident that Old Spice engaged Kevin Rose, Ellen DeGeneres, Ashton Kutcher, Demi Moore and Alyssa Milano. These celebrities are active on Twitter and helped their message go viral. Answering a question from Josh at DrinkNectar may have been fun, but chances are Old Spice Guy would have had better success in the wine world with Gary Vaynerchuk. When considering your message, look for the influential people in your area of wine. Sean Sullivan of www.wawinereport.com has a way different area of influence than Dezel Quillen of www.myvinespot.com.  Rick Bakas says, “This is a tip you hear from social media marketers across the board.  You have to find and engage with people in social media who can amplify your message quickly.”

You’ve got your creative story, you’ve been consistent and patient with the message, now it’s time to engage people who can help you get the word out. If it’s creative and they trust you, they’ll be happy to help!

A key to the Old Spice campaign was that it was viral in its creation. It was easy to share and easy to consume. The use of YouTube videos that were less than 60 seconds ensured that people would watch them and share them. Throw out your two page press releases and five minute winery feature videos and create something short, fun (or meaningful) and engaging. Tell a story and make a connection. Greg Harrington of Gramercy Cellars created a fun video (Sommelier Starts a Winery) that went viral with over 20,000 views (pretty significant in the wine community). Personally, I think Gramercy could have capitalized on this momentum that could have led to a really cool and engaging campaign. 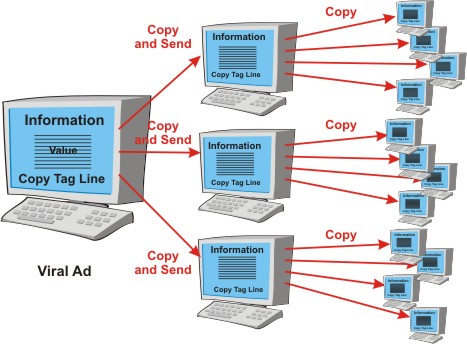 Leah Hennessy of Millennier.com (wine for millennials) wraps it up nicely in her latest post, “Go be creative and awesome. If you’re not creative and awesome, find someone who is. A few months from now I want to be writing about a video like this (not referring to Old Spice, but could be) for a wine. And you know what? I will. Maybe I’ll just make it myself. If you want in, let me know.”