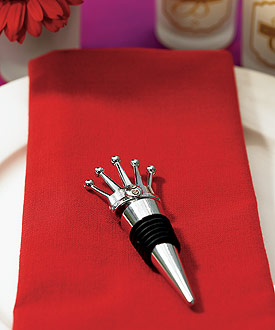 Budweiser may be the “King of Beers” but it has nothing on Cabernet, the King of wine. Okay, yes I realize Barolo has been deemed the “wine of the kings,” but in America, King of Rock is Elvis, the King of Pop is Michael Jackson the King of burgers is Burger King and the KING of wine is Cabernet! I have to admit, I love the king!

Last week we explored the noble queen of wine, Pinot Noir. Each of the lovely ladies paraded their wears without shame. They pranced across the stage seeking to be chosen for the night. Some pushed forward their lush fruit while others were coy and playful with a velvet touch. The same night, five big bold king Cabernet sat across the room posturing for position. With their broad shoulders, each stood erect, claiming their dominance over the other.

In the previous review, Signorello Estate Vineyards stood proud and represented two of the five Cabernet Sauvignon. Today we explore two more California Cabernet based wines and one Walla Walla rock star! Of the five, who is crowned the king of kings? 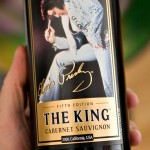 Do You Love Cabernet? Rick Bakas of St. Supery Winery is hosting worldwide Cabernet day on September 2. Use the #Cabernet hash tag when posting on Facebook, Foursquare, Gowalla, Twitter, blogs and all the other sites you hang out on.  You’ll be able to connect and chat with other Cab drinkers around the world that day. I’ll be there! If you’ve never participated in an online tasting, it is an amazing experience as hundreds (and potentially thousands) of wine lovers share their passions. Drink.Share.Connect. 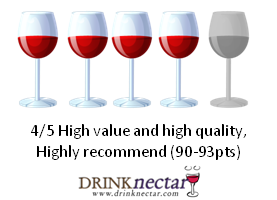 The Signorello reds participated in a blind Cabernet tasting that included a 2007 Walla Walla L’Ecole 41, The Edge and Fuse. The wines were bagged and tagged and 12 participants were asked to rate them with 1 being their favorite and 5 being their least favorite. The interesting results (from lowest to highest) are below:

3 comments on “Cabernets Compete to be King”