Store shelves seem to be lined with large selections of wine at and around $10. The challenge at that price point is getting a wine that provides more interest than grape flavored alcohol, thin fruit taste, poor aroma, or big woody oak to hide inferior quality juice. With beer, it’s pretty safe to assume that most light beers have certain flavors. The majority of main line beer has distinct tastes that register in our memory. With so many wine labels on the shelves, selecting one can be pretty hit and miss.

I believe the $10 price point is pretty status quo for the daily drinking wino on a budget and the occasional wine sipper. Therefore it is important to have a list of trustworthy labels that can be counted on to deliver. 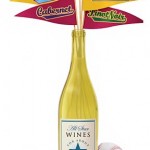 In early 2010 I began the mission of fielding a team of wine players that could score at parties, hit it out of the park for value, and be trusted to step to the plate in most any situation. The rules were that each wine had to be purchased for $10 or less (sales, club discounts, bulk discounts were considered). Wines showed up to spring training and specially scheduled tryouts to show their stuff for the coaches. Each was vying for a coveted spot on the 12 man roster of 9 starters and 3 reserves. While legal issues (state distribution) kept us from trying out every player referred to us, we made every effort to select players who are widely available. After reviewing the scouting reports and film, I am pleased to reveal the 2010 “Under $10 Wine Team.” I’ve included the coach’s summary, roster position, and stats for each player. Links to the full scouting report are included for your reference. Many of these players’ tryouts were filmed. Enjoy the footage and make a note of the jersey (label) so you can get an autograph next time you are in the store.