The other day a winemaker said that I had the impressive ability to attract “characters”. This was as we were driving through the underbelly of the city, along side the ship yards, searching for a warehouse supposedly full of new French oak wine barrels being sold for As Seen On TV prices by a salesman named Mike *(name has been changed to protect the source of these ridiculously low priced barrels…err I mean for the sake of confidentiality). I responded to the winemaker, “Yes it seems I do…I also seem to be quite a magnet for unavailable men.” He laughed. 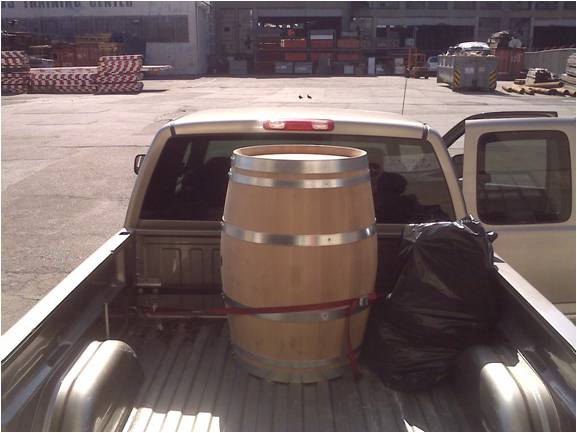 Author Malcom Gladwell, notes three agents of change in his book The Tipping Point, one of those agents being types of people.  I know it’s not Gary V’s latest Crush It or Quick Bites by Rick Bakas; but The Tipping Point contains some pretty insightful information that when applied to the wine industry, connects the dots seamlessly with little to no effort and underlines the fact that if you don’t have a Maven, Connector, or Salesman hidden out in the newly reorganized 2010 org chart of your business or winery you better get one – fast!

I’m all three. Not because I’ve honed my skills or been trained to be this way, it’s just who I am. As a freshly minted industry insider I can point out just where the tipping point is between “for the sake of the business – for the sake of the wine” and just plain greed. And I’m sad to say it but, “The Wine World’s Juicy Little Secrets” is evidence of at least one of the seven deadly sins.

Recently I’ve come into contact with various levels of juicy little secrets. Some are appalling; some are as old as the seven deadly sins. More telling is that what is outlined below all occurred within the past week, a telling sign that “The Wine World’s Juicy Little Secrets” happens more often than not. Here’s a brief snapshot of the life of a Maven/Connector/Salesman.

I could go on, but I’ll stop there. That’s quite enough of a snapshot into my life, unavailable winemakers and all, that I care to disclose.

But I leave you with this. Wine is a business. Furthermore winegrapes and wine is a commodity. Put aside the romantic notion of scantily clad women, the Tuscan sun beating down on the winemakers furrowed brow, ripe berries dusted with 24 karat gold and pull out your high school economics textbook. Look at the laws of supply/demand. Then flip to the index and read up on the definition of elastic and inelastic. Finally, look at the model where a commodity slowly increases in demand and production grows to meet it – the rate is climbing. It must, at some point (they all do) plateau. At that juncture wineries must either source new undiscovered markets or define some other competitive advantage in the marketplace. The wineries referred to in “The Wine World’s Juicy Little Secrets” are defining another source of competitive advantage because as I referenced in my last guest blog entry, it’s standing room only in the marketplace and new undiscovered markets are dwindling! That being said, it’s dishonest and can be related to more than just one of the seven deadly sins if consumers care to really open their eyes to “The Wine World’s Juicy Little Secrets“.

And the tipping point? Wineries simply trying to carve out their own well planned, financed and balanced niche in the market that cut costs by buying As Seen On TV priced barrels, keep drinking wine from those wineries consumers. They are the ones just trying to stay in business for the sake of the wine and that’s the truth.