Every so often I’m reminded of the reason I love wine and the reason I love reviewing wine. Tonight’s review is an example of that. I get the privilege of sampling wine before most people in the world. I get a sneak peek into the passion and heart that a wine maker has put into his craft. One wine is a new flagship from a veteran wine maker, the other is a very special limited release of juice from a young winery.

Latah Creek is an icon in Washington Wine. Producing 20,000 cases per year, Latah Creek was one of the first 20 wineries in the state of Washington (currently at 650). – SEE MY INTERVIEW WITH MIKE CONWAY – For 28 years, Latah Creek has been synonymous with white and specialty sweet wine. Over the past five years Mike and daughter Natalie have been changing that. The Monarch series, of which the Monarch Red is the first, is a distinct departure in effort, direction and label. The Monarch Series will be a focus on premium reds including Petit Verdot, Zinfandel and stylistic blends. The label is their first NOT using their traditional wildlife artwork. The bold new label is a replica of a 30×36 painting from acclaimed Spokane artist Edward W. Gilmore. The new label releases April 23, 2010. 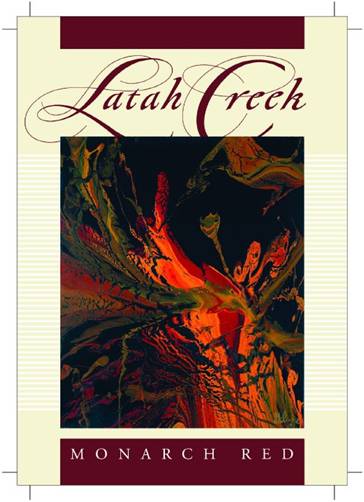 Nodland Cellars 2006 Reserve Cab is simply one of the best 5 wines I’ve had this year (out of close to 100 formal reviews and dozens of other samples). Tim and Tracy Nodland began their boutique winery in 2007 with the release of the 2005 Reserve Blend and are committed to making “small amounts of the best wine we can make,” says Tracy Nodland. – SEE MY INTERVIEW WITH TIM AND TRACY – The 2006 Reserve Cabernet (from McClellan Vineyards) was born when making the 2006 Red Blend.  During blending the McClellan Cab was so over the top that each blending percentage they tried resulted in a Cab forward flavor. While they eventually ended up with a blend that represented all six Bordeaux grapes, they held back a few barrels of the 06 McClellan Cab for this reserve. The result is pure Cabernet bliss. The wine is bold without being over the top, provides drinkability while still letting you know it can be stored.

For those reading this early enough and in the Spokane area, the release parties for these wines are below. For those NOT in Spokane and lucky quick enough to react, contact each of them directly to purchase.