Queue up Don Henley’s Boys of Summer. Spin some John Fogerty, Centerfield. In less than two weeks, the official start of summer begins with the yell of, “play ball” and the crack of the bat. I can almost smell the fresh cut grass, pine tar, stale beer and hot dogs. 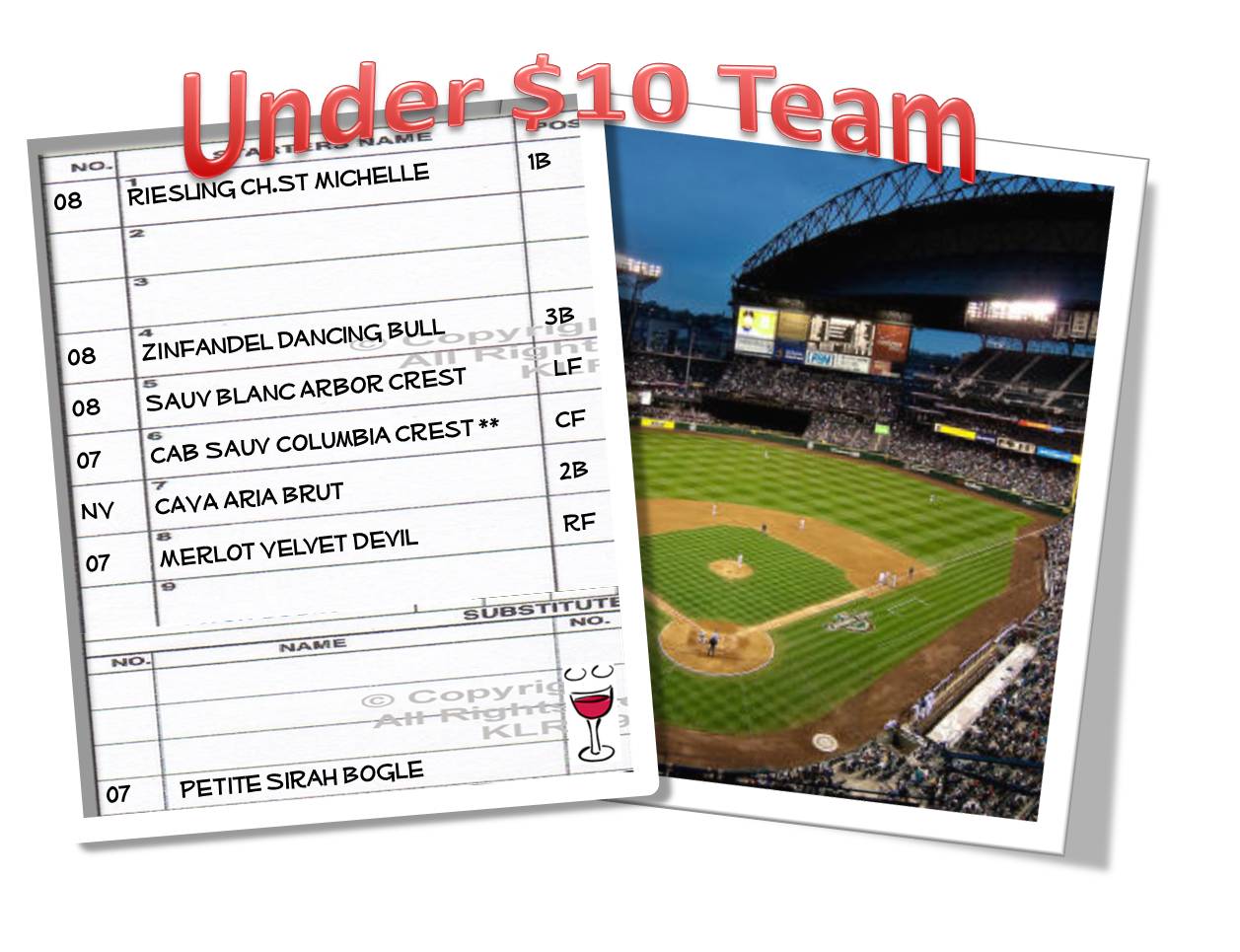 While baseball season is right around the corner, my attempt to field a team of solid “Under $10 All Stars” has been a challenge. Spring training tryouts have been hampered by poor performance, no shows and injuries. The graphic above shows the status of the team including tryouts from three Merlot.

No reviews on Cellar Tracker or Cork’d for 2007 vintage

With these three tryouts (and 2 other Merlot), I place the 2008 Charles Smith Velvet Devil Merlot on the starting roster at Right Field batting 8th.

AL East The Red Sox will win the East at 93 wins, Yankees will finish with 90 wins

AL Central The Twins will win the Central with 90 wins, Whitesox will finish with 86 wins

AL West The Rangers will win the West with 93 wins, the Mariners will finish with 91 wins and take the Wild Card for the AL

Do you have a player to suggest for the team? Leave a comment. who do you think will win each of the AL divisions? I’d love to hear your thoughts!

20 comments on “Opening Day Wine Line Up Coming Together”