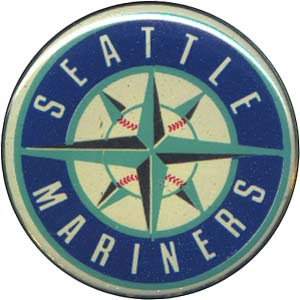 Baseball season is quickly approaching. The beginning of another year of great expectations only to be frustrated by June, slightly excited in August and utterly depressed in September. I am a Mariner fan. We are the only team who can win 116 games in a season and not make it past the first round in the playoffs. We are the only team who trades away all star after all star. Ahhh…I digress.

While the Mariners consistently field a team of high priced underachievers, I’m a fan of Billy Beane ball. Billy is great at fielding a team of underpaid over achievers. My goal, in the wine world, is to field a quality under $10 team. In today’s economic conditions $10 is the new $20, but with all the inventory and variety on the shelves, not all labels can be trusted. You don’t want to spend your money for a Richie Sexson only to devote four seasons of wasted expectations…again I digress.

In previous episodes I’ve found a starting Sauvignon Blanc from Arbor Crest and am thinking of a bringing the Dancing Bull Zinfandel up from Triple A.

With recommendations from @AtlantaWineGuy, @raelinn_wine, and @wawinereport, I set out to my local wine shop on a scouting mission. The goal a starting line-up of 9 under $10 wines:

Below is this trip to the minors to scout new members for the team. What suggestions do you have? Share below some of your wines who are performing well and deserve a chance to be called up to the “Field of Dreams.”

Tonight we are watching the work out and batting practice of a 2007 Columbia Crest Grand Estates Cabernet Sauvignon, 2007 Bogle Petit Sirah, 2006 Renwood Zinfandel.

This wine will be sent to AAA ball for potential call up if I’m unable to find a starting Cabernet Sauvignon.

This wine makes the team as a pinch hitter. Petite Sirah is not your mainstream varietal but this one showed some serious power to bring in during the late innings of a close game.

The wine definitely is sent back to single A ball to work on its structure and character.

The $10 quest continues. So far, I think I’ve sound a staring Sauvingon Blanc, and two potentials who are in AAA (Columbia Crest Cabernet Sauvignon and the Dancing Bull Zinfandel). Tonight’s Petite Sirah has made the team as a pinch hitter!

Please leave your comments and suggestions below!